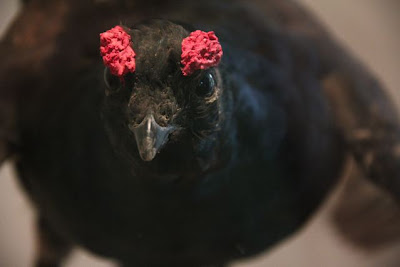 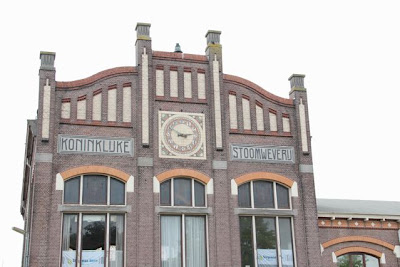 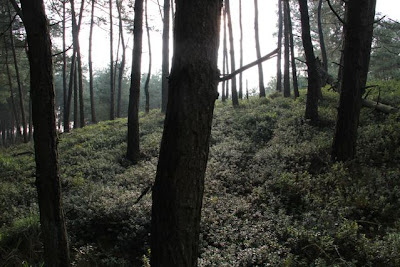 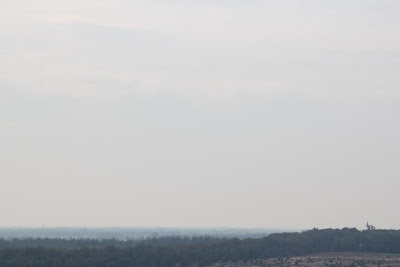 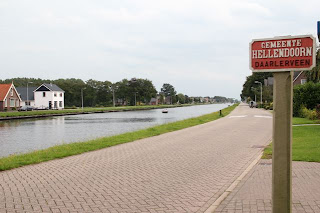 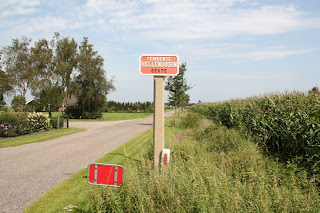 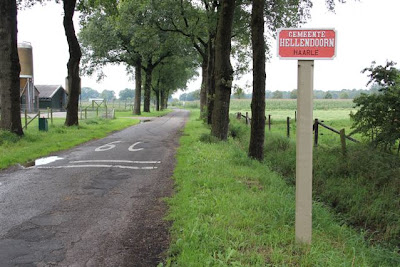 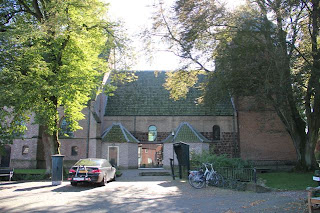 In 2012 I will explore the border of the district of Hellendoorn with the Church/Tent. In 6 to 10 days I will travel as exact as possible along the invisible line which forms the border. Every night I will build up the Church/Tent and sleep in it. During the exploration, I will document the things and people I encounter. A first three-day scouting expedition (with a “normal” tent) was executed in September 2011. Video images of this expedition will follow soon here.
Gepost door monique besten op 13:13 Geen opmerkingen: 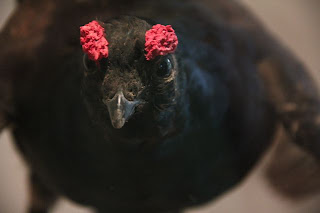 (And if I like my eyebrows I will produce them for other black grouse-lovers, they can be sold at the exhibition and the money can be used to support the people who fight for the survival of the black grouse in Holland)
Gepost door monique besten op 12:12 Geen opmerkingen:

Usually I write in English because it is the best way to communicate to as many people as possible. This time I made an exception because this project is about a region in Holland where a lot of people wouldn't understand English.

In the beginning of August, only a month before I was going to move to Germany, I was asked to partake in the project Moving and Landing in and about the district of "Hellendoorn" in the eastern part of Holland. The timing was extraordinary. Although I've lived in a lot of different countries for longer or shorter periods of time, this was the first time I was about to move with the intention of starting a new life in a different country. Until now, whenever I spend time in a different country, I always planned to return. The move to Germany was intended as a move away from Holland.

I never really liked Holland. I never disliked it either. Although I was born there, it never particularly felt like home. This doesn't mean I never felt at home there. It does whenever I stay there but whenever I spend some time somewhere else, this new place starts to feel like home. Home can be wherever I am, as long as I feel comfortable to a certain extend.

Still I am rooted in Holland, because I was born there, because I lived in a small town for 18 years of my life, because I've got a very big family and they all live in or around the small town I was born in, because these first 18 years formed me and because no matter how hard I try to keep a distance, there's always something pulling me back to where I started my life. To this small town called "Haarle" in the district of "Hellendoorn".

Exactly. As I was about to leave Holland, I was asked to do a project in the area where I was born. A project about the area where I was born. A two-year long project. Which is the same amount of time I was going to dedicate to my new studies in the city of Weimar in Germany. I couldn't resist. I said yes. And after my first excitement about this combination of circumstances, I started feeling uncomfortable. Which is a good startingpoint. (More about that later)

The "district" - we call it "gemeente", the word "gemeen" means "in common" - of Hellendoorn consists of 5 official villages and a number of "buurtschappen" - the word "buurt" means "area" -, a group of houses belonging to a specific area with its own name but without the official status of a village. One of the 5 villages is Haarle, where I grew up. It has about 2.200 inhabitants. My four grandparents lived there, raised 20 children of which most of them remained in Haarle or moved to one of the neighbouring villages. I'm not sure how many cousins I've got these days but most of them still live there. With their spouses and children.

The project Moving and Landing is a collaboration between the provincial organisation "Art & Culture Overijssel" and the council of Hellendoorn. It aims at presenting installations in an easily approachable setting: giving people who aren't familiar with art and/or art installations the opportunity to encounter these works of art in a familiar surrounding. The commissioned artist are asked to make an installation inspired by the history and culture of the district of Hellendoorn. They have to collaborate with local organisations or individuals. The installations will travel around and will be presented in libraries, community centres and other public spaces in all villages in the district of Hellendoorn. The project will start in November 2011. At the end of the project, fall/winter 2013, all installations will find their final destination in the city hall in Nijverdal, the administrative centre of the district.

At the moment I'm following two lines of research:
1. The first is about borders and origin, about connecting the past and the future. You can find more info in English here.
2. The second is about a bird I sympathise and maybe even personify with. More info in English can be found here.
Gepost door monique besten op 11:11 Geen opmerkingen: